Why is emotional intelligence important?
Emotions communicate experiences, illuminate our awareness & help interpret our world. Emotions drive us to either recognise or make changes. Tapping into emotional experiences gives us essential information that keeps us living & working to the best of our abilities & open to opportunities.  Developing emotional intelligence moves us towards success & fulfilment, yet few prioritise this. That’s a mistake.

What is Intellectual intelligence (IQ)?
IQ, on the other hand, does none of these things. IQ tests deal with intellectual – reasoning  abilities, something quite different.  Although incredibly valuable, IQ tells us nothing about our sensory information, the value of things, and so what best serves us. It’s that simple. Any wonder IQ isn’t correlated to success or wellbeing & is being replaced by EQ & EQ testing as the means to identify & build winning skills. 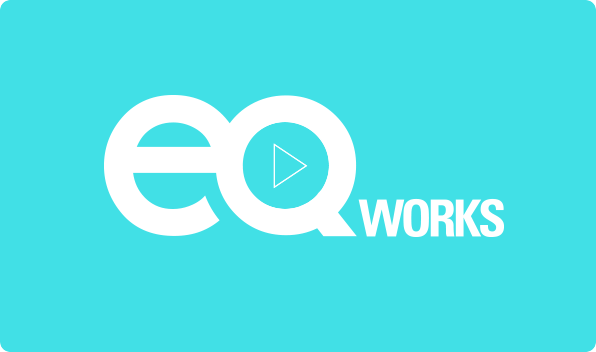 “We experience & perceive things through our emotions. Our senses collect raw sensory data, but emotions help make sense of it. Each emotion has a specific meaning directing us to either recognise or make a change. Emotions have an expressive & behavioural element that helps us & others discern  emotion’s meaning. Understanding, mastering & applying emotions appropriately brings success & wellbeing”.  We derived The ‘5 purposes of emotions model’

Emotions helps us calibrate experiences & move towards needs & away from threats

Emotions working with cognition, provide the meaning & reasoning behind decision-making

Emotions enable us to value & understand others to build effective relationships

Being open to emotions

Emotions are more important than most people realise. Being open to emotions allows us to monitor them & draw out the precious information – the message – that each emotions has for us.  Emotions help us understand what’s going on for us. This gives us the opportunity to then discern whether it’s appropriate and useful or whether it’s some old story being triggered & played out.   This process is where powerful emotional growth happens – enabling us to go beyond where we have been locked into unhelpful ways of being or beliefs or emotionally shutdown. This is the route to emotional freedom.

Working with our emotions means working with our mind & body. They work together, though historically psychologists & psychiatrists focussed on the mind whilst doctors & surgeons, the body, as if they were not strongly related.  However the mind & body deeply affect each other. Increasingly we realise that holistic approaches are essential to support & develop people more effectively.

TIP: For syncing mind & body. Notice your breathing, it’s depth, the speed, movement, placement, it’s effect on your sensations. In particular, notice your out breath as this is what connects & calms us and switches on our relaxation response.  Notice your voice when you speak, your movements, and what happens to them when you start noticing.  This helps us connect to our body, slows us down & facilitates thinking & expressing ourselves more clearly. This encourages us to take more considered, effective actions.

If you want to develop the right skills, recruit the best people, perform at a higher level, EQ testing can show you the way as it reveals how you use emotions and specifically what to develop. Remember personality or IQ tests do not correlate to these development needs. EQ tests do.

For over 100 years IQ was the accepted measure of intelligence. IQ relates to things like verbal reasoning, mathematical ability & memory.  Although an incredibly important set of skills, IQ does not relate to our overall understanding & management of ourselves. It tells us little about context or relationships or the bigger picture because we need to know the value of something to measure & so manage it. And our valuing of things is determined by our feelings, beliefs & values.

True intelligence can be thought of as the balance of thought & emotion, head & heart working together that facilitates our ability to adapt to change. Unsurprisingly organisations increasingly turn to EQ rather than IQ to profile & test for the skills that matter to them, to increase work performance.

It’s true, emotions can get us into trouble, but this is when we don’t acknowledge, understand, express or manage them well. Often children are encouraged to ignore, devalue or suppress emotions or are not supported in working through uncomfortable or complex feelings. We need to be encouraged to connect with & express emotions, appropriately, as hiding from our emotions is counter-productive & unhealthy.

We experience feelings for good reason.

Recent Neuro-science research supports what therapists have said for years, (University of California research on Affect labeling) finding that connecting to and expressing, in particular, negative experiences, calms our brain (specifically the Amygdala) & helps connect us to what’s important to us.

Q: What are the components of emotional intelligence?

A: Depending on the model used, EQ components vary slightly model to model. The key EQ & Social EQ models are explained below.

A: Great question. EI stands for Emotional Intelligence. Strictly speaking EQ stands for the Emotional Quotient. This is a statistically backed number that helps describe a person or group’s emotional intelligence. It’s based around norming a large population similar to how IQ is measured.  By that I mean we can standardise a population which means we dramatically increase our knowledge & practical applications for this population & its scoring.  A score of 100 is the norm,  the average, score with the population of potential scores within a normal distribution (also called bell curve). For the EQ-i 2.0 test described below, a standard deviation of 15 is used. This describes the spread of scores within a population with a set percentage of people scoring at different levels.

For instance 68% of people will score between 85 and 115.  This is a spread of 1 standard deviation around the norm. Statistics is powerful at helping us understand, measure, compare, develop, recruit for & tailor things including EQ skills.  In a nutshell it helps us to help you, more. You can read a sample EQ profile here.

As scoring EQ skills in this way is so helpful, the term EQ is now used interchangeably with EI.

Q: What are the models of EQ.

A: Broadly there are 3 models of EQ as summarised below.  These EQ models see emotional intelligence from slightly different perspectives though have strong similarities.

The Mayer-Salovey model is described as the ability to perceive, understand, manage & use emotions to facilitate thinking. This is the foundation of the Ability based model. Mayer & Salovey published their seminal work on emotional intelligence in 1995 and are rightly seen as founding fathers to emotional intelligence work. Their model has four key areas, to;

The Daniel Goleman model sees EQ as an assortment of emotional & social competencies that contribute to managerial performance & leadership.  Daniel Goleman is very much responsible for bringing EQ into the modern vernacular in his best-selling 1996 book: “Emotional Intelligence: Why it can matter more than IQ.”

His 5 components of EQ model are stated as;

This model was developed by Konstantinos V. Petrides. The most widely taken trait EQ assessment is the EQ-i 2.0 (originally created by Reuven BarOn as the EQ-i in 1995).  BarOn describes Emotional Intelligence as;

The EQ-i 2.0’s 5 categories (composites) each have 3 further detailed sub-composite areas. This is the EQ assessment which EQworks uses to uncover overall EQ abilities. For clarity, throughout this website where we state an EQ test, we usually refer to either the EQ-i or the Social EQ assessment, The A.R.T.

Emotional Intelligence is seen quite similarly in terms of what it means & what it measures.
It’s far more important to understand & use its core principles than to be too fixes on any one model.

What is Social EQ?

Social emotional intelligence is the part of overall emotional intelligence that relates purely to how we relate to others and communicate. And the reason we at EQworks separate it out is because it’s so important and a key area of interest & development to most of our clients. Also no commonly used EQ tests go into sufficient detail to measure or develop it so we developed the Advanced Relationship skills Test to do just this.

Why don’t most EQ consultancies or emotional intelligence practitioners use social EQ tests?

Most practitioners are not Emotional intelligence specialists, working with EQ day in & day out. We are. To use and understand how an overall EQ & social EQ assessment both create phenomenal insights takes time and highly experienced practitioners to understand. We take EQ understanding a level deeper than many.

What’s the history of emotional intelligence?

Charles Darwin first identified the importance of emotional expression for survival. In 1940, the leading American psychologist David Wechsler described the influence of non-intellective factors on intelligent behaviour, arguing that we need to take these in to account when talking of intelligence. Howard Gardner introduced the concept of Multiple Intelligences in 1983.

Dr Reuven Baron, the creator of the EQ-i 2.0 ® measuring tool, coined the acronym EQ (emotional quotient) around 30 years ago. At this time, several leading emotional intelligence specialists, particularly Professors John Mayer and Peter Salovey, were key to developing our current understanding of emotional intelligence. In 1995, Daniel Goleman published his comprehensive work ‘Emotional Intelligence – Why it can matter more than IQ’ which led to a greater recognition of EQ and its potential for performance development.

What’s the future of Emotional intelligence?

That depends very much on people, like you. If we all took a little time to become more emotionally aware & build emotional intelligence skills everything will change, for the better.  The quality of leadership increases. We’ll demand more of ourselves, our organisations & of our leaders. We’ll see ourselves more as leaders, taking responsibility more & being more agile at making things happen.  Our world will become more efficient, healthier, more well-adjusted, with fewer conflicts, greater synergies & collaborations.  Organisations then become more strategically clear and well run. They find the right people for their more clearly defined roles. People will be encouraged to do what they love & ultimately love what they do.

How do I know this? Because this is what our clients already experience & know.

Leverage the power of testing EQ for recruiting, developing & succeeding.

Testing EQ raises your game in business to;

Use one or both tests dependent on needs